‘Joybells’ introduced me to Terry Reid.  On the day I got Wings’ ‘Red Rose Speedway’ she bought ‘River’ by Terry Reid.  I thought I was pretty well up on the scene but I had never heard of him.  This must have been about 1972, and I was still in love with all things Beatles, but was more and more looking to California, to Neil Young, Joni, James Taylor and that nascent American singer songwriter sound.  Terry Reid had also gone to California; he had sung with Peter Jay and the Jaywalkers and had released a couple of unsuccessful solo albums in Britain before decamping.  All night long ‘Joybells and I were alternately playing Wings and ‘River’.

I wasn’t immediately impressed.  Terry had a great voice I had to admit, but he had also left pop music a long way behind him in England.  This was far more jazzy, looser arrangements, free-form singing, and the songs had less in discernible melody, but more in feel and texture.  Far closer to Van Morrison’s ‘Astral Weeks’ which was recorded around the same time.   It left me a bit frustrated, I wanted him to sing something more recognizable, more tuneful, a bit more meaty perhaps.  We bought his next album ‘Seeds of Memory’, and here he had done it, some great songs, instantly memorable, but still that jazzy loose feel, as if he was half making it up on the spot.  But brilliant songs, including Brave New Awakening which sounds like no other song I have ever heard.

Then nothing for a few years.  Contractual difficulties, failing record companies, failing sales, no band – who knows but he never made it.  In fact he actually passed up the chance of becoming the lead singer with a new band of English musicians which ended up being Led Zeppelin.  The lead singer Robert Plant was actually suggested by Terry.   He has released an album or two, but nothing which makes the spine tingle like the earlier two.  He still plays music, and tours, and seems quite contented with his life, despite very few records, and even less fame.  I just wonder what the guy who could write and sing such amazing stuff has been doing with his brilliant talent all these years.  Still we do at least have the records, and judging from prices on e-bay they are still highly sought after. 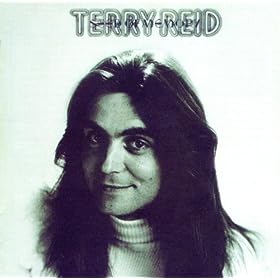