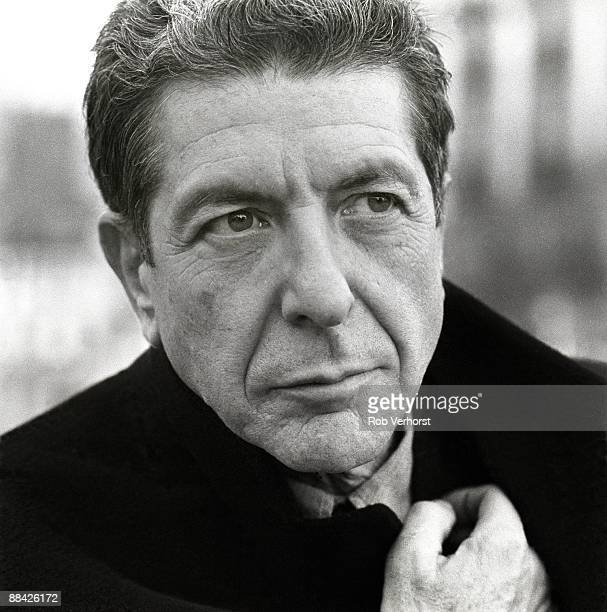 Leonard Cohen  – 2.  There are certain artists who can re-invent themselves; Bowie, Dylan and of course Leonard.   He suffered throughout his life with both depression and writer’s block; he worked repeatedly and meticulously on his writing – poems and songs, constantly revising, re-reading, searching for that elusive yet perfect turn of phrase.  To his record company’s frustration he often took years before new material arrived, and many times he simply decided that enough was enough; the well had run dry.  It was three years since ‘Songs of Love and Hate’; his weird ‘Live Songs’ had been mauled by the critics and sold poorly.  And yet in 1974 he produced another sublime and yet different collection of songs.  The anger, the self-loathing seemed to have slipped away.  A calmer Leonard emerged, like a butterfly from a chrysalis.  New Skin For The Old Ceremony was the record that re-introduced Leonard to the world.   The title an allusion to sex and the cover a medieval woodcut of a religious and sexual experience.  The new producer John Lissauer used sparse orchestration rather than Leonard’s guitar creating a different texture to the album.  The songs are varied, a couple slightly upbeat ‘There is a War’ and ‘Field Commander Cohen’, several quite gentle like ‘Chelsea Hotel#2’ which was about a sexual encounter with Janis Joplin, and ‘Lover Lover Lover’, there is also ‘Who By Fire’ about ways of dying and a re-imagined mediaeval folk-song ‘Leaving Greensleeves’ where Leonard leaves us almost screaming.  There is the perennial concert closer ‘I Tried To Leave You’ and ‘A Singer Must Die’ – a sad farewell to another lover.  Altogether one of his better records.  Best line ‘Your vison was right, my vision was wrong – I’m sorry for smudging the air with my song.’

Leonard toured this album, mostly in Europe and I have a live album; a Paris radio broadcast, again only released recently.  No real surprises here, except a song ‘Store Room’ which was never officially released (no wonder – it is pretty dire), but nice renditions all the same.

But resurrection was soon followed by almost crucifixion.  In a moment of madness Leonard agreed for Phil Spector to produce his next record; 1977’s Death Of A Ladies Man.  One can barely imagine a less appropriate pairing, and the result was interesting to say the least.  Both Leonard and Phil were high on drugs; there were guns and bullets in the studio and a collection of session players.  Phil apparently took the tapes home every night and no-one heard them until the album was released.  It is almost impossible to assess the quality of Leonard’s writing at this point, but I do discern moments of genius amidst the madness of the production.   Despite Phil’s preposterous production Leonard’s words still shine, though some of his songs are poor, one or two shine through. ‘Paper Thin Hotel’ is very good, the title track also.  Leonard practically disowned the record and failed to tour it, but in a strange way I like it.  Best line – “The walls of this Hotel are paper thein, last night I heard you making love to him.  A heavy burden lifted from my soul, I learnt that Love was out of my control.”

Two years later and Leonard was resurrected.  1979 saw the release of one of his best records ‘Recent Songs’ – a deceptively simple title for a work of genius.  This is still one of my very favourite of his records.  It is almost perfection; not a bad track – and a new, more open, gentler voice; the songs are less vicious – if no less real and meaningful.  Lots of plaintive violin and deep bass, almost a waltzy feel to many of the songs too.  The album opens with ‘The Guests’ – one by one the guests arrive – as if welcoming one into the warmth of the record.  ‘Humbled In Love’ follows –‘ and you say you’ve been humbled in love, forced to kneel in the mud next to me’.  ‘The Window’ and ‘Came So far For Beauty’  areelegiac.  Then we have the sprightly tune to the sad French song ‘Un Canadien Errant’

Side two opens with two more sad songs ‘The Traitor’ and ‘Our Lady Of Solitude’ followed by a concert favourite ‘My Gypsy Wife’ Leonard saves the best for last; a sensuous duet with Jennifer Warnes ‘The Smokey Life’ and the final song ‘The Ballad Of The Absent Mare’.  I simply adore this record – it is really all of one piece – and maybe more than any other record established the idea of Leonard being ‘Depressing’ in the general population.  But I have always felt much much happier after listening to this one.  My reaction si almost always to want to play it again.

A live album of the 1979 tour came out in the late nineties – Field Commander Cohen; the band are in fine form and a great selection of songs, many from Recent Songs .  Best line ‘Take a lesson from these Autumn Leaves, they waste no time waiting for the snow – keep it light, light enough to let it go.’

Just recently, sucker that I am, I bought a live radio concert from the same year – Upon a Smokey Evening.  It’s pkay -sound quality a bit poor and no surprises. 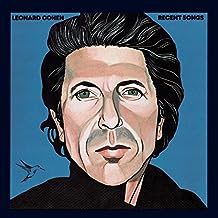