Harry Chapin – This is a real old favourite, from those years of discovery and exploration in my musical education.  Now, hard to believe, but Noel Edmonds used to be a Radio 1 D.J.   He had a Sunday morning show; he used to feature an album of the week and  and Artist of the week.  He introduced me to so many brilliant West Coast singer songwriters – as well as the stars like Joni and Neil Young there were minor wonders such as Judee Sill, John Stewart and of course Harry.   Now Harry was different.  He didn’t look at all like a pop-star for a start, he was thirty years old – and he wasn’t interested in Fame and Fortune – except as a platform to be a Humanitarian.  He campaigned tirelessly against World Hunger and he was awarded (posthumously) the Congressional Gold Medal (a rare award).

He emerged in 1972 with an incredible debut album ‘Heads and Tales’. Every song has a certain timeless magic quality; they are all small stories about ordinary people, full of compassion and love – ‘Greyhound’ about a long bus trip, ‘DogTown’ about the loneliness of a whaling community, and most famously ‘Taxi’ – how a taxi driver picks up an old love who is now a famous actress but is unhappy in her fame “And I hear she’s acting happy in her handsome home, and me – I’m flying in my taxi, taking tips and getting high.’  His lyrics are always thoughtful, and his big thing was that we are all lonely and all need each other.  This record and the two that followed are among my very favourite records of all time.  Later the same year he brought out ‘Sniper’ – almost as good as the debut.  He must have written many songs and was just waiting to record them.  The title song is about that very American loner who is desperate to be understood but who takes it to the limit by shooting people in order to be noticed.  There are songs about a girl who burns herself with cigarettes, one about a lonely bar-maid, and ‘Barefoot Boy’ about a country boy coming to the city.  There is a song about an abortion, and maybe his most famous song ‘Circle’ “All my life’s a circle”. Another classic album.

The following year came his third album Short Stories. Another classic, though the stories are milder now, less violent, less obscure – but still moving.  There is the story of a dry-cleaner who tries to become an opera singer, there is ‘Mail order Annie’ who arrives in North Dakota without knowing who her husband is.  And of course the brilliant ‘W O L D’ about a DJ appealing to his ex-wife for another chance; this was a hit single worldwide, and a great song.  And Harry seemed to not only bring us beautiful melodies but great lyrics too.

And these first three records really stand out as something special.  But then with his next record, Verities and Balderdash, the following year of course (they worked them hard back then) despite a number one US hit single and sales of 3.5 million – the record seemed to me a bit flat, tired and veering very much to the middle of the road.  There was nothing really wrong with the songs; ‘Cats in the Cradle’ is brilliant, ’30,000 Pounds of Bananas’ is funny, as is ‘Six String Orchestra’ but he now seemed to be playing to an audience rather than singing just for the lonely boy in the bedsitter.  Maybe four albums in it becomes inevitable.  Of course I continued buying his records anyway…well, you sort of have to, don’t you? 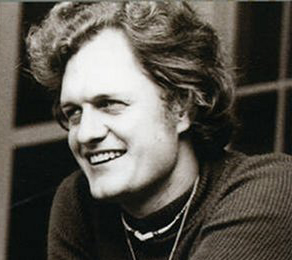