Johnny CASH –  What a colossus, the Man in Black; seems like he has always been around.  I can clearly remember the San Quentin film on telly as a kid.  Great stuff and great memories – and he was there right from the beginning at Sun records when Elvis came in and recorded ‘That’s Alright Mama’.   I have a couple of hits albums – great to hear those old songs from the Fifties and early sixties; ‘Boy Named Sue’, ’16 tons’ and ‘Tenessee Flat Top’ along with the hits ‘I Walk The Line’ and Ring Of Fire’.  The constant is that voice, deep and true, ringing out of every song.  Great Stuff.  Best album is a double ‘The Legend Lives On’ with a few live tracks on it too.   But I still almost feel like I am a traitor listening to this pure unadulterated country music; a real guilty pleasure. A few years ago I picked up a CD in a second hand shop ‘The Mystery of Life’   This was a late 80’s record, I really like it.  Best songs – The title track and ‘Lionel train’.  But the best of Johnny Cash came very late in his life.  He began a series of albums with producer Rick Rubin for American records.  There were about 7 in all.  Johnny usually just on acoustic guitar and an older softer quieter voice – these are splendid records.  A few original songs and some splendid cover versions.  He even sings a brilliant version of Leonard’s ‘Bird on the Wire’.  The great thing about these songs is that they sound as if he had just walked into the studio, picked up his guitar and sung them, no rehearsal, no second takes, no studio wizardry.  The truth is probably somewhat different, but anyway I love them.  They are timeless, and a fitting tribute to the great man.  Maybe his best song in the series was ‘Hurt’.   For my money there are a few too many religious songs, but you can’t have everything.

Nick Cave – I keep hearing people comparing Nick (and the Bad seeds) to Leonard or Dylan even – so I bought his Greatest Hits.  Verdict – he is good – but not in the top league by a long way.  I like some of the songs, especially ‘Red Right Hand’ and ‘Winter Song’ – but many left me cold, unmoved, strangely bored….maybe I’m just getting old. 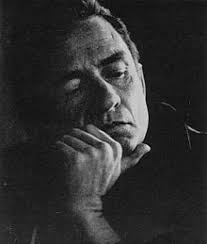