Randy Newman came from a family of Film Composers and eventually became one himself winning Oscars for Best Songs in Shrek and other Disney films.  Which to me seems an incredible waste of talent – he was a brilliant sardonic and cynical songwriter, exposing Racism and Prejudice in Sixties America.  He did not have a great voice; however when did that ever stop anyone called Bob or Leonard.  It was always the songs that matterered, and they have been covered by many artists including Three Dog Night and Alan Price and Harry Nillson, who recorded a whole album of Newman’s songs.

Randy Newman was the master of ironic songs, one ‘Rednecks’ is a brilliant take on Deep South Prejudice which also exposes the hyposcrisy of so-called Northern Liberals where he talks about the ‘North has set the nigger free – free to live in a cage in Harlem, New York City’.  And his most famous song is Short People; at first this seems to be ridiculing small people but you soon realise he is talking about Prejudice of all kinds and how stupid it is.

But for me his best record was his third ‘Sail Away’, where he extols the dubious virtues of America and in one song ‘Political Science’ he suggests that as everyone ‘hates us anyhow, let’s drop the big one now’ – meaning that America should nuke everyone (except Australia {don’t wanna hurt no kangaroo – they got surfin’ too).  He finishes a brilliant record off with ‘God’s Song’  where God himself sings of how stupid people are to worship him while he kills their children and inflicts floods and famine on the World “You really need me – that’s why I love mankind.”  And all of this to brilliant melodies and often quite upbeat tunes.  There has never quite been anyone like him.  He barely makes new records these days preferring to score Pixar films – as Ian Dury sung – what a waste. 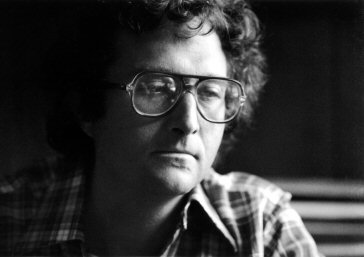