1980 saw Scary Monsters and Super Creeps; a somewhat return to normal, and David’s second number one ‘Ashes to Ashes’, a sort-of sequel to Space Oddity – 11 years on.  It had a brilliant video – Bowie was now producing the schemes for his own very artistic videos.  The age of MTV had arrived and records were increasingly sold as a package of song and videa – David excelled at this.  The album itself is a bit of a curates egg – good in places.  Brilliant singles ‘Ashes’ and ‘Fashion’.  The record was much more conventional sounding – even with some Japanese on one track, but somehow it has never really been a great favourite.

A break of three years when he seemed to appropriate the mantle  of Pop Royalty, along with Elton and Rod and Phil Collins and Queen and Clapton.  A strange time, and even stranger when Punk had set out to destroy this very clique-iness.  He joined Queen for a brilliant single ‘Under Pressure’ and ‘Cat People’ with Giorgio Moroder – a ‘hip’ dance producer.  He re-recorded this for his next album – the superb ‘Let’s Dance’ co-produced with Nile Rogers of disco band Chic.  The album went straight to number one, like it’s predecessor and the next one too.   David was seriously cool now and had a run of number one or two singles.  The title track from this album and ‘China Girl’ (previously written for Iggy Pop) and almost my favourite track ‘Modern Love’.  The album was his most accessible in years – he had regained his cool ‘pop’ schtick.  Almost every song off the record was excellent, his voice hovering like some exotic falsetto bird over driving rhythm tracks. Favourite track is ‘Without You’, a slower number. It almost felt that David could do no wrong…

But the following year’s Tonight, was a disappointment, although like many of his records on re-listening it really isn’t so bad – but this was Bowie, and we expected better.  Or maybe it really is that bad.  Singles ‘Blue Jean’ and ‘Loving The Alien’ are okay – just.  Duet with Tina Turner ‘Tonight’ is pretty awful, and god only knows why he attempted a cover of ‘God Only Knows’.  (maybe he had caught religion – the cover shows him almost as a saint). He said he wanted to make a straight Rock and Roll record, he made a straight down the middle of the road album instead.  Things couldn’t possibly get any worse – could they?

Oh yes, they could. 1987’s Never Let Me Down let us all down, Bowie and all his fans.  This is ordinary beyond belief.  Hard to make out just what he was thinking.  I saw him just after this album – The Glass Spider Tour, not his best show; that was in 1978 just after Low and Heroes.   Oh well.  After this debacle Bowie announced he was joining a band Tin Machine (see T).  Generally poorly received , but compared to this record it was an improvement.  We would have to wait until the mid-nineties for any new solo records. 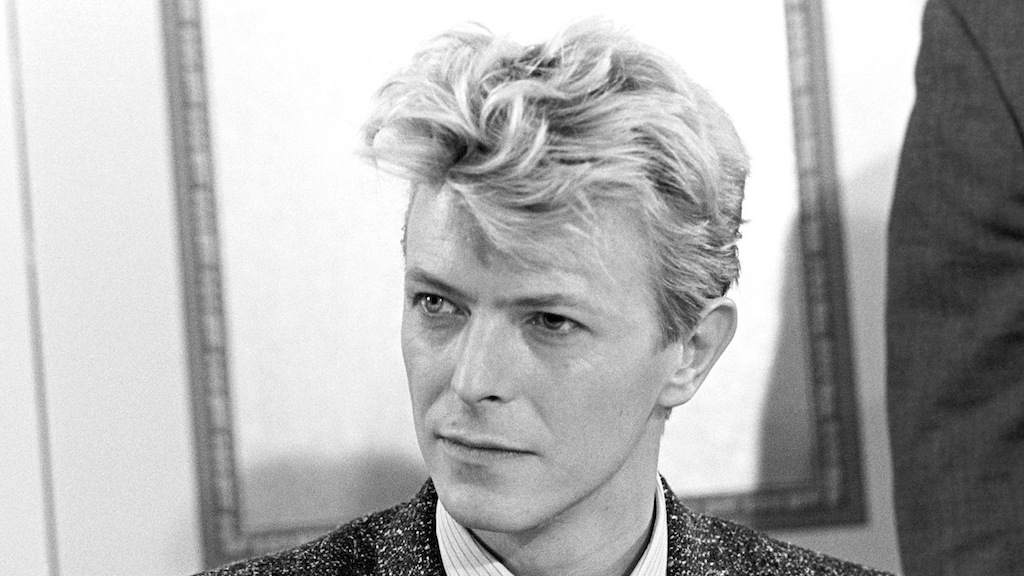