Jeremy Corbyn has apologised about some Anti-Semitism in the Labour Party.  This was not about Ken Livingstone, whose comments about Hitler’s deportation of some Jews to (what was then) Palestine being supportive of Zionism,  caused such pain and anguish a couple of years ago (and which he refuses to retract).  This is about a mural, depicting several rich bankers playing monopoly on a table made of human body parts.  It is claimed by many that the rich people depicted are actually caricatures of Jewish people (they are all men, of course).

I have seen a poor reproduction of the mural and there is possibly some truth in the allegation.  However, the artist, known as Mear One, claims he had no such intention, and that he is not responsible for people’s interpretation – which he says completely misses the point; that it is international financiers and Capitalists who are enslaving the poor for their own greed.

So, why has this all escalated into such a furore?  When is Art, which some people may take offence to, to be removed from public view?  We can go back to Marcel Duchamp who exhibited a urinal in an Art Gallery in 1917.  I am sure that many were offended by that, but it was not removed.  Recently a famous painting by Waterhouse was removed from public view, showing ‘Hylas and the nymphs’, because the ‘nymphs in question appear to be depictions of very young, almost certainly teenage, girls with bare breasts (they are all of the same model actually).  At the time, of course girls as young as 14 could be married to much older men.  And it is an incredibly beautiful painting, possibly because of the partial nudity; and has been shown for decades without seeming to cause any offence.

And central to this debate is the nature of Offence.  Offence used to be that which was sent or given, but more and more recently it is considered ‘offensive’ if anyone is ‘offended by’; in other words it is completely subjective.  And where does Art stand in this?  Art has often been deliberately Provocative, and even intended to upset people – Banksy is a popular street Artist, but many of his works are Political and may cause offence in some quarters.  I am particularly offended by the statue of Margaret Thatcher in Parliament, but so what !!!

Robert Mapplethorpe, a brilliant photographer has presented us with many startling images featuring naked men, causing controversy and probably offence.  But it was Art.  If you are offended, then don’t look at it.  And who should be the censors of Art? Should we simply allow various groups to dictate what is acceptable because they feel offended?  Or because they feel that certain Art, created in a different time altogether, is inappropriate by today’s standards. 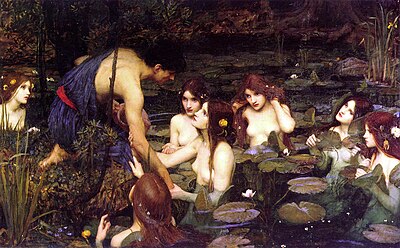