I stumbled on it almost by chance.  We watch so little TV in France and I had no idea it was on, but back in England for a few days I picked up an Evening Standard and glanced at the TV.  BBC4 was giving up the whole weekend to Keith Richards of Rolling Stones fame.  Now, growing up I was always a Beatles fan, though I did like the Stones too – and in adulthood I have bought a few but not that many Stones albums.  I also saw them at Twickenham in the late 90’s; probably the worst concert I have ever been to as it transpired.  But Keith is a survivor, and has always been an intriguing character.

So, Friday night I tuned in.  It was quite a different sort of evening.  Snatches of Keith, enigmatic observations, lots of chuckling and cigarette smoke and irritating splashes of static across the screen, very few real revelations.  And personal choices of his, Hancock, Spike Milligan and the film 39 steps on Friday.  More Hancock, crazy cartoons, Spike and a film about Johnny Cash circa late 60’s.  A few snatches of the Stones too, but the best was Julien Temple’s film Babylondon.  A brilliant documentary about London from 1900 to present day multiculturism.  Absolutely fascinating and brilliantly made.  Keith rambled on till the early hours but I hit the sack about midnight both evenings.

I am writing this on Sunday afternoon, and Keith takes over the airwaves again tonight, and I will probably catch some of it.  I am not sure what to make of it; it is a totally different way of presenting television.  Innovative and different, but also a bit tedious and I don’t think that many people will have watched it all.  But well done to BBC4 for the bravery in allowing Keith and the makers of the ‘Lost Weekend’ to do it at all.  I wonder if this may be a signpost to the future, especially with the explosion of internet TV and more and more channels available everywhere. 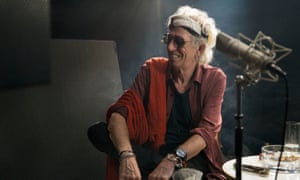