Hardly anyone has ever heard of her, and her light flickered for far too brief a time.  She released only two albums in her short life before Heroin overtook her and eventually stole her life.  She apparently had a terrible upbringing and a few turbulent relationships and was always fragile.

Somewhere along the way she had learnt piano and guitar and became a singer-songwriter.  This was the early seventies, the golden age of the singer-songwriter.  Dylan had shown the way, and now literally hundreds of wannabe’s were strumming their way into recording studios.  Luckily for Judee, or perhaps it was more than luck, she was recognized as a true talent, and her first album was part-produced by Graham Nash.  And it is immaculate.  Clever original songs with haunting melodies and a wonderful country tinged voice, she sings of Angels and Love and Jesus and Loping along the cosmos.  And on her second album ‘Heart Food’ she goes even deeper into religious themes and the final song is almost a hymn to some mystical vision of her God.  None of that should put you off though, her songs are mostly happy and you can ignore all the Jesus stuff.

Despite one of her songs being recorded by The Turtles she remained in obscurity, and hardly ever sung live.   Only after her death has her reputation been revived, and she now has quite a cult following.  I was one of the lucky ones who bought her albums at the time, maybe it was her photo on the cover, or just a good review in Time Out, and have played the records to death.  Luckily they are always available on CD now, as are a few half-hearted demo’s for an album she never completed.  So that is Judee Sill, another Rock’n’Roll victim.  But no matter how sad her death may have been we will always have these two precious records to remember her by. 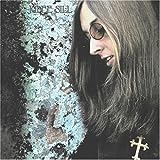