Just occasionally an artist releases a masterpiece and then nothing much else of any real worth whatsoever.

Gilbert O’ Sullivan, a ridiculous name if ever there was one appeared out of nowhere in 1970 with an obviously contrived ‘look’; a pudding basin harcut, cloth cap and short trousers.  Looking like an overgrown and somewhat starved schoolboy from the fifties he was one of a new wave of singer songwriters just emerging.    He pretty soon dispensed with this image and adopted an America Ivy League student look.  But the song he sang was brilliant, “Nothing Rhymed”.  It wasn’t exactly pop either, harking back to an earlier era altogether, but it was great.   Then came the album “Himself” full of original songs with totally off the wall lyrics about a Permissive Git, Matrimony and Houdini.  It remains an outstanding debut.

He then had two more singles of merit, Alone Again (Naturally) and the soppy Claire before he sank under the weight of his own schmaltziness, never to emerge with anything credible again.

Amazing that those first few songs were so original, melodic and entertaining and then he just sort-of ran out of ideas, appealing more and more to mums and grandmas until in the end even they stopped buying his stuff.   Oh Well 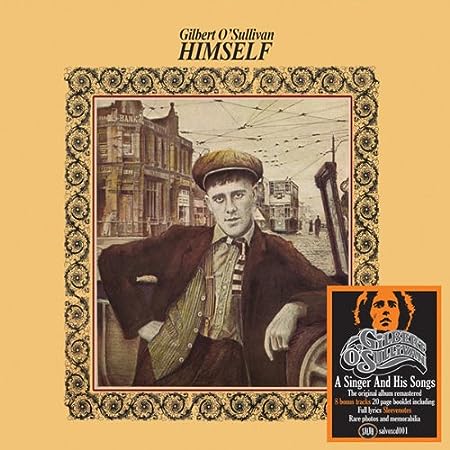