Billy Bragg continued – Five years later and Billy brought out a new LP; William Bloke.  I am sure that musicians suffer, just like authors from writer’s block, or maybe it is a lack of confidence, a fear that you will never match up to your former glories, or maybe just life – marriage, kids, etc: get in the way.  And also the money from previous hits must help and soften the desire to put out another record.  Joni once said that “No-one ever asked Van Gogh to paint another ‘Starry Night’.  Maybe not the best example; but we do expect a lot of our current musical heroes, we simply expect them to keep coming up with brilliant tunes and great lyrics.  Some have managed it, but most fail – or not exactly, but they and we realise that their best was behind them.  Anyway, the record; it is okay, though not his best, he sounds a bit tired, no joie de vivre, no excitement, no anger in his voice.  But some good songs – ‘From Red to Blue’, ‘The Space Race Is Over’ and ‘Northern Industrial Town’.

Then a break of 6 years until 2002’s England, Half English. Well this is much more like it.  Billy is playing with his touring band ‘The Blokes’ and this is a far more upbeat album.  Much more like some of his earlier ones, the songs are good too.  The whole point of the record was to say that English now means multi-cultural, black, brown and white all mixed up but with English values.  Impossible to define but after all the anti-immigrant shit swilling around, a pleasant and refreshing change.  A few very good songs, rolling along ‘St. Monday’ and ‘Another Kind of Judy’ – the sublime ‘Sometimes I see the Point’, and the heavy political ‘NPWA’ (No Power Without Accountability). We almost thought we had the old Billy back – but he had other ideas, or rather other paths to tread.   He collaborated with American band Wilco to write and sing songs based on some lost lyrics of Woody Guthrie.  The result Mermaid Avenue was quite interesting.  But, it didn’t feel like a Billy Bragg record, a few songs are good – ‘Way Over Yonder In The Minor Key’ and ‘Ingrid Bergman’. Then another gap until 2008 and Mr Love and Justice; not a great record really.  The songs are okay I suppose, but something seems missing.  It may just be that an old man getting angry isn’t half as attractive as a young one, and Billy was at least fifty by now.  Best songs – ‘The Beach is Free’ and ‘Sing Their Souls Back Home’.

The last Billy record I bought was 2013’s Tooth and Nail.  But this really isn’t a Billy Bragg album at all.  It is a very competent Americana one, and worst of all sung in an American accent.  Well, the songs are okay – as sad country songs, but I want Billy to sound like Billy Bragg.  Still a few good lines ‘If you continue chasing rainbows, you’re bound to end up getting wet’.  I am not sure if I will buy any more – unless the critics declare he is back to his old self again.   But just to finish off  – the icing on the cake, is a brilliant compilation album; Must I paint You A Picture’ – all the best of his early records.  Makes me smile every time I hear it. 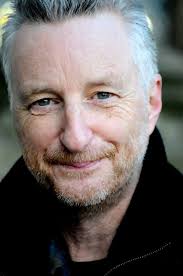