The Beatles – continued (Life After Death)

But, of course this wasn’t the END of Beatles records.  As early as 1973 the RED and the BLUE albums were released.  These were greatest hits and I have never bought them.  Live at the Hollywood Bowl came out in ’76.  I did buy it and have it now on CD.   It is an interesting record of their live touring years.  The songs are short but there is notable excitement from fans and the band.  Rarities came out in 1978 and I bought it, it has a few weird tracks on it, mostly ‘B’ sides and a couple of German singles, a nice acoustic version of ‘Across the Universe’ and their weirdest song ‘You know my Name, Look up the Number’.  Past Masters, a double came out in the late 80’s, it has a few EP tracks and ‘B’ sides.  Also many of the singles which were never on albums which are good to listen to; for years that was the only stuff I really knew.  Interesting, but as with most compilations it doesn’t really hang together as an album.  But we were desperate for anything we might have missed or forgotten,; nice to hear the old singles again too.  It sold well and maybe prompted a renewed interest in The Beatles.  John had been shot in 1979, George had stopped recording and Paul was resurrecting Beatles songs in his live concerts.

In 1994 the long awaited Beatles At The BBC emerged.  I can remember catching the odd Beatles at the Beeb, or Saturday Club featuring the Fab Four.   Brian was very clever at getting them on the BBC in the early days; they were almost the house band.  In fact, they were on air so often that they couldn’t simply sing their singles or album tracks.  We suddenly had a cornucopia of covers which the boys would have learnt in Hamburg and Liverpool.  Lots of Chuck Berry and surprisingly a lot of ‘light entertainment’ slower songs.  Paul always did seem to hanker after that ‘music hall’ style.  But all in all a really nice addition, a quality almost ‘live’ recording of their first few years.

Then came the Anthology series, on ITV if I remember.  A (final?) trawling through their past.  The three double CDs accompanying the TV series contained many early takes of their songs.  Again an interesting archaeological find, but not my favourite records.  I wouldn’t discard them, of course, but compared to the final LP versions these takes show just how much work George Martin must have done with the group to get the final versions down on tape.  But good to listen to occasionally I must admit, especially the very early stuff before they had a real record contract.  I will look out for the DVDs one day soon; still trawling through the films – Help is up next.

Then we had 1  All the singles which reached Number 1 in the UK or America.  Again as a completist I had to have it, but no surprises on it at all.  Nice to listen to though, you can really appreciate their progress.

Next up was Yellow Submarine Songtrack; all the Beatles song from the film.  Okay, it was a blatant trap to make you buy stuff you already had – so what – I bought it of course.  Then came Let It Be Naked  – in 2003.  Paul had always been unhappy with Phil Spector’s production and he had the original, un Spectorised, tapes cleaned up and re-issued, now including ‘Don’t Bring me Down’. Okay, it is pelasant, but if push comes to shove I prefer the original…and at 35 minutes and no extras a bit short on content.

2006 saw what may actually be the very best Beatles compilation of all – Love.  Le Cirque de Soleil asked the remaining Beatles if they could do a whole show based on The Beatles.  Permission was granted and George Mattin and his son Giles remixed and mashed up a whole cornucopia of Beatles songs, some just short excerpts, many sequeed and combined.  It is absolutely brilliant, and almost stand up with the originals.  Well worth a listen.

Then in 2011 another tranche of BBC radio recordings.  Quite good, but how many of these do we really need.  Ask me, after I have bought every one of them.  A whole load of early recordings have appeared lately under various labels as copyright expires.  I will probably get around to buying them all one day.  I Saw Her Standing There is the one I have bought, and it is quite good, early Tony Sheridan recordings and a few songs not on any other compilations….but I am sure my Beatles Collection will continue to increase.  Apparently there is planty of Life after Death. 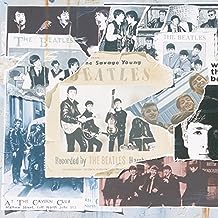