Steve was not an original member of Genesis but he joined them fairly early on, and though he left shortly after Peter Gabriel of all the members of Genesis he has consistently kept the spirit of the band’s music alive more than any of the others.  He is a classically trained guitarist and has released a few albums of beautiful classical guitar, but he has also pushed the limits of that most iconic of rock’n’roll instruments further than most other players.  He continues to release albums practically every year and they are consistently excellent, varied and astonishingly beautiful.  And yet he remains fairly obscure; most of the other ex and current Genesis members are far more well-known.  Possibly he likes it that way; he has a devoted fan-base and his live concerts are sprinkled with updated versions of early Genesis songs and his record company must be pleased as his back catalogue continues to sell.  I have been buying “Uncut” magazine for years and have never seen his records reviewed or indeed any mention of him, although they regularly feature Peter Gabriel and Genesis re-issues.

His record sleeves are nearly all paintings by his wife Kim Poor and are stunning in their own right.  I haven’t actually ever seen a Greatest Hits album but a good place to start would be “Please Don’t Touch”, his second album and still probably his best.  You can hear it on you-tube. Anyway I don’t really care if any of you like him, as long as enough people keep buying his records enabling him to keep creating new and exciting music I will be one of them. 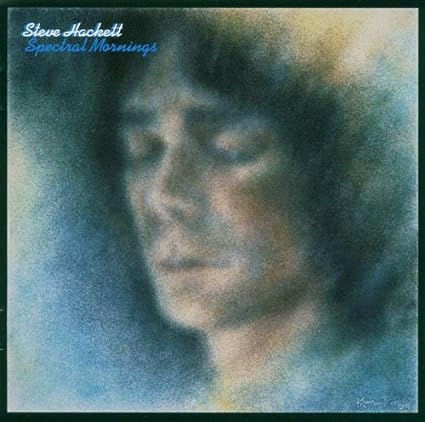