Ah, the wonderful Julia Fordham; the singer of so-sad songs with the incredible range and such a distinctive tone to her voice that you instantly recognize her.  Unlike most of my music favourites Julia only started making records in the eighties, and it was the song ‘Woman of the Eighties’ which I first heard.  Actually I saw the CD single, she was incredibly beautiful and had been photographed upside down in sepia, and I took a chance on her.   And I have never looked back.  She does sing mostly sad songs of loss and betrayal, but a few happier ones too.

She never really fitted into the music business categories, she certainly wasn’t rock, a bit more like the New Romantics.  Sade was around at the same time and Alison Moyet; all incredible singers.  She soon had quite a loyal following and released a handful of albums through the late eighties and nineties.  Then at some point she moved to America and has settled in L. A. and occasionally lets slip a gem of a new album.

Every record of hers is serenely beautiful, she favours a piano accompaniment and her voice seems to hover over the melody, dipping in low or soaring higher as the mood seems to take her.  My favourite album of hers is Concrete Love – a mid nineties record, she seems to have expanded her palette a bit on this record.

I did see her live once but was a bit disappointed.  She did sing beautifully but was a bit giggly and nervous between numbers and shared a few songs with a guest singer from America who in my opinion hadn’t half the voice of Julia herself.  Not much more to say really; a minor star who seems happy to keep it that way.  Her greatest hits Collection is a good place to start, or on you-tube try ‘Lovin You’ the old Millie Ripperton hit which she delivers brilliantly, ultra high notes and all. 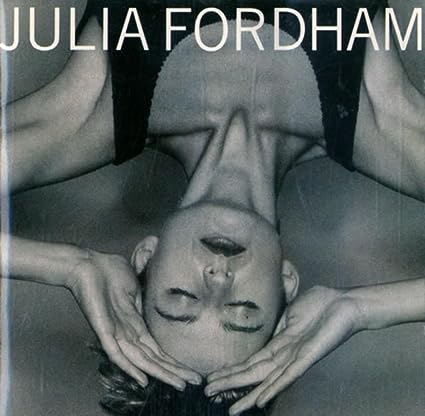