Writing this on Sunday, Israel had extended the peace-fire, and yet Hamas has still continued firing rockets.  They argue that Israeli tanks must be withdrawn first.  A fair point, but impractical as we stand.  But the interesting thing is that there was a huge peace rally in Tel Aviv.  Young Israelis, just as sick as the rest of us at the awful scenes coming out of Gaza.  Let us all just hope that the tide is turning against the militants in Israel and that a new generation will demand and achieve real peace.  On the Palestinian side there is also a growing feeling that the Hamas answer will only perpetuate further hatred.  BOTH sides need to take stock and see that all they will achieve is further hatred and death unless they change their entrenched stances.  Now start talking.

Update – of course the Israeli Government has resumed bombing Gaza.  As Joni once sang…”That was just a dream some of us had” 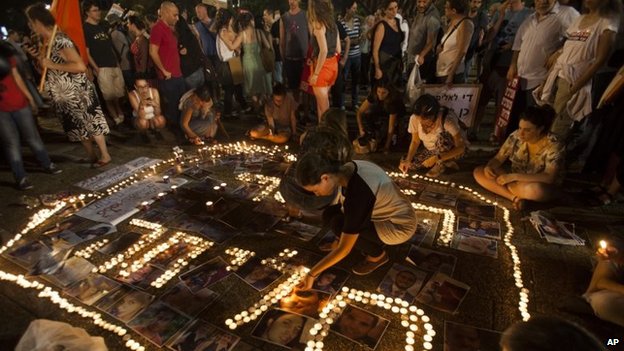