Dexys Midnight Runners (Dexys) – another strange one, this band is simply the nom de plume for Kevin Rowland (see R), lead singer and songwriter.  They emerged in the late Seventies and went through complete band changes in their first flush of success and three albums.  Kevin is absolutely sincere and bonkers in equal measure; dedicated to a form of English Soul Music and refusing any degree of compromise.  Sometimes it worked, mostly it didn’t.  Big Hit ‘Gino’ was followed two years later by even bigger ‘Come on Eileen’, both peaking at number one in the UK charts.  Anyway – I have a greatest hits Let’s keep This Precious – which is a mixed bag; all the hit singles are there and are pretty good, but a lot of the songs seem boring really.

Anyway I also bought a far more recent album 2012’s One Day I’m Going To Soar – mostly on the rave reviews in Uncut magazine.  The band had broken up in the early Nineties but Kevin reformed it as a trio in 2011 and renamed it Dexys – this album was the result.  And it is really quite good; Kevin has a habit of speaking in the intros of songs and I find this both charming and naïve – there is no doubting his sincerity and honesty.  But this bunch of songs are really good, and I am tempted to buy the follow-up which features songs about his homeland Ireland.   Bets songs on this one are ‘She Got A Wiggle’ and ‘I’m Always Gonna Love You’.   A minor star but a great talent.

Neil Diamond – is a colossus in the ‘Pop’ industry, and when he started it was literally that. He worked in the Brill Building in New York writing hit songs along with Carole King (and Goffin) and Neil Sedaka and many others.  But like those other two he ventured out ion his own in the mid-Sixties and had huge hits with ‘Sweet Caroline’ and ‘Cracklin Rosie’.  And right through the Seventies and Eighties with ‘Song Sung Blue’, ‘I am I said’ and many others.  A prestigious talent – who stayed mostly in the ‘Pop’ realm.  So I start with his Greatest Hits – one of many I suspect -but not a disappointment here among the twenty or so songs.  Just great and finishing with Sweet Caroline – so good you have to play it two or three more times.  I also have a press give-away – Hot August Night, which is a live record, 10 songs; not bad really I suppose – a few hits and one or two I didn’t know.  I am never sure if I should really include these give-away’s in my collection – are they truly valid.  Anyway – there it is.  Far more important are practically the last two records he made a few years ago with Rick Rubin.  Inspired no doubt by the fabulous records made with Johnny Cash, Neil put himself at the mercy of this producer – who stripped back a collection of 12 Songs into almost just a guitar, piano and voice.  And what a revelation, not only are the songs brilliant – but so is Neil. Gentle sometimes, a bit rocky sometimes, but always honest. Barely a poor song on this – but ‘Oh Mary’,’ Delirious Love’, and ‘Hell Yeah’ really stand out; Neil’s voice seems as good as ever, and at last he seems to have moved out of the centre of the road and into the left-hand lane.  He followed this up a couple of years later with Home Before Dark. And yet somehow the magic seems to have faded.  The songs don’t have quite that feeling of honesty.  And after this Neil and Rick Rubin parted company.  Actually it’s not such a bad record at all – just compared with it’s predecessor it lacks something.  Best songs – ‘Act Like A Man’ and ‘Pretty Amazing Grace’ 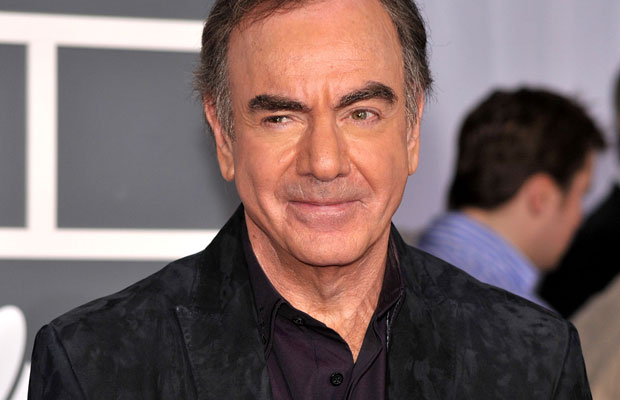