And in 1993 Bowie returned with a new album Black Tie, White Noise.  His experiment with Tin Machine had been poorly received, although I didn’t think they were so bad really.  The new album was anticipated with some degree of nervousness; had Bowie really returned or was he still in some sort of deluded wilderness?  Well, the record was a jazz album; David had always loved jazz and several earlier tracks were infused with jazzy sounds – but a whole album.  This is one of those records which has actually grown on me; I didn’t really like it at first, often my reaction to jazz – but over the years it has sounded better.  Some quite good songs too – ‘Miracle Goodnight’ and ‘Never let me down and down’ are especially good.

Three years later and Outside landed, and what a landing.  In some ways this is Bowie’s strangest record, a collaboration with Eno, a science fiction detective story made even more complicated by a meandering narrative…but actually an excellent record, the songs are brilliant and seem a mix of Berlin and earlier sounds with modern dance-like drumming.  It is also far too long – at 74 minutes it Is twice the length of his brilliant 70’s records.  It is hard to take in at one go.  As to the songs themselves, they may be among some of the best he has ever recorded.  Certainly a welcome return to form.  ‘Little Spaceboy’ (remixed by Pet Shop Boys) was a hit, I also like ‘The Hearts Filthy Lesson’ and ‘Strangers When We Meet’.  This was a concept album with a concept so impenetrable that it is pointless trying – just enjoy the songs.

In 1997 Bowie released ‘Earthling’; the cover shows him facing away and wearing a beautiful Union Jack coat.  I have never been sure of the significance of this.  The record itself was a fairly modern ‘drum and bass’ dance album – a bit shouty, but some good songs – the very fast drumming I find distracting though.  ‘Little Wonder’ is good, and ‘I’m Afraid of Americans’.   But I have never really liked the album; just one of those things.  I much preferred Hours, which came out in 1999.  This is, surprisingly after all the noisy albums, a quiet reflective gentle album.  Was it an experiment, or a long-held idea, or just a few songs left over here and there and slowed down.  I really don’t care, but it was such a pleasant surprise.  Bowie had always had that fey whimsical side, last really heard on Hunky Dory, and a great melody writer.  One has to wonder how his career might have evolved if Ziggy had never landed from outer Space.  I lov e all the songs, but ‘Thursdays Child’ and ‘Seven’ really stand out.

At this point I am inserting Bowie at the Beeb; a triple album – two discs are from ’68 to ’72 and the last is a live record from late 90’s.   The very early stuff is really interesting.  David had a record out on Deram in early 60s which I never bought; some of these songs may have been on it; ‘London by Tata’, ‘Silly Boy Blue’.  There is lots of stuff from Space Oddity and some from Hunky Dory and Ziggy.  A very nice collection – nice to hear John Peel’s voice too.  The live concert is pretty good too. 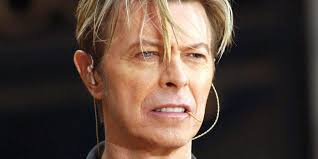