I think it was Palmerston who coined that phrase, but it was certainly true in the 19th Century.  The old Ottoman Empire had spread throughout the middle east and covered most of the Balkans too, but it was slowly crumbling.   Imperial Russia and the Austro-Hungarians were encroaching and biting off bits of the old empire.  The Crimean War, one of the cruelest, was fought by the French and us to try to stop the Russians gaining a foothold in the Mediterranean.  And as Turkey controlled the Eastern entrance to that almost inland sea it was an essential part of British and French Diplomacy to prop up Turkey, the sick man of Europe.

Well, here we are again – attempting to prop up the sick man of Europe.  And not sick in the illness definition, but sick in a different way.  The Turkish army are fighting the Kurds in the East of that country.  The Kurds are actually the only people actively combating Islamic State in Iraq and Syria and yet the Turks stood by when the Kurds were fighting Isis on the very Turkish border a few months ago.  The Turks shot down a Russian jet that may or may not have crossed a tiny bit of Turkish territory which juts into Syria, and yet they are both supposed to be fighting ISIS.

And now this is where it gets really murky; and if true really sick.  You cannot believe everything you read on the internet, but there are at least several differing narratives from the established Western Media.  There have long been reports that the Turks, along with America and Israel actually trained and financed ISIS as one of the groups trying to topple Syrian President Assad.  Who knows?  But there may well be some truth in this – it is a very dirty world.  But far more serious are reports that Bilal Ertegan, the Turkish President’s son is orchestrating the wholesale smuggling of oil from the oilfields around Mosul currently under ISIS control, through Turkey and selling it on to Japan and China.  Of course – you will not hear about this in our Media.  But, if this is true – the Turkish President (recently re-elected) is supposed to be fighting ISIS, is a member of NATO, is allowing American and French planes to take off from Turkey to bomb and kill ISIS fighters in Syria, and yet at the same time his son is buying and selling oil from ISIS which is funding that group to buy weapons and fight and send terrorists to our cities to bomb and maim our citizens.

Now, that is truly sick.  And I ask, do we really want to get embroiled in this unholy mess?  The Americans and Russians and French are bombing an already bombed to bits country which may never recover, at least in one piece; which may of course be the real reason for Turkish duplicity. 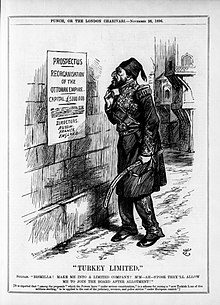