Steve was becoming a junkie however and even went to jail for a while on drug related offences.  For four years he recorded nothing and the Dukes broke up.   But he was always an irrepressible character, and he was writing songs in jail.  He disbanded the Dukes and released a solo album in 1995 Trian a Comin.   This was a slightly subdued Steve Earle, less raucous, gentler and absolutely flawless; as if his time in jail had melllowed him somehow, made him reconsider his life and his music.  He was still writing brilliant songs, of course, but these seemed more mature, more comsidered and I loved the record straight away.  And for the first time he included a handful of covers ‘I’m looking through you’ by The Beatles and ‘Tecumseh Valley’ by Townes Van Zeldt.  But Steve’sown songs are brilliant too – the best of which is ‘Goodbye’, possibly the saddest song in his repertoire.

The following year he released ‘I Feel Alright’, another great record, although maybe a slight return to his earlier sound.  Best songs and favourites are ‘Poor Boy’ and ‘Valentines Day’ and the rocking ‘Hard-Core Troubadour’.  It almost seemed that the old Steve was back, though he didn’t have the old Dukes with him, just the best session players he could find.

El Corazon (The Heart in Spanish) followed.  Another tiumph, another great batch of songs – a bit more bluegrass this time and a few collaborations, duets with Emmy Lou Harris and a couple with whole groups that Steve was obviously a big fan of.  Best songs ‘Telephone Road’, ‘You Know The Rest’ and ‘Poison Lovers’.  The whole record seems to have a jauntiness, as if – which I am sure is true – Steve was having a great time.  A couple of the songs still have a Political Edge – but American politics are harder to penetrate than ours; at least to me.  I am still amazed at how – and of course Steve isn’t the only one – such great songwriters can seemingly just churn out album after album of great songs.

The following year Steve hooked up with Del McCoury and the Mountain Band for a whole album of bluegrass music.  This was an indulgence and I am afraid this is my least favourite record.  The Mountain, only really one redeeming song ;The Pilgrim’.

Steve returned to form with his next Transcendental Blues.    Another pretty good collection really, though not so many truly outstanding tracks.  It is a fact that after a certain number of albums which all have a similar sound you get a bit less excited with each new release and start hankering after the early songs; it is the same at live concerts, you just want to hear the old songs again.  But re-listening ‘The Boy Who Never Cried’ and ‘Galway Girl’ stand out.  There was also a 4 track bonus disc with this release which is pretty good too.

Then a 1995 live album came out – Together At The Bluebird Café.  This was a rare collaboration, a concert with Steve, Guy Clark and Townes Van Zeldt – each singing their own songs in turn.  Simply accompanied by guitar these performances are incredible.  Not a poor song amongst them; Steve’s are a bit softer sung acoustic, Guy is a fine songwriter too – I especially love ‘Randall Knife’ and ‘Immigrant Eyes’.  And best of all is Townes – incredibly sad songs and hard-up monologues; best are ‘Katy Belle’, ‘Lefty and Poncho’ and the haunting ‘Tecumseh Valley.  Townes died a few months after this concert, and Steve later devoted a whole album to his songs, which I haven’t got yet (also more recently – an album of Guy’s songs too).  There was a special closeness in these three renegade superb singer songwriters.  A beautiful album.

Jerusalem came out in 2002 – and this was a more political, certainly a controversial Steve Earle.  ‘John Walker’s Blues’’ is written from the perspective of an American born Muslim, written at the height of 9/11 and Iraq.  ‘Ashes to Ashes’ is another angry song.  But I like ‘What’s A Simple Man To Do’ and ‘Go Amanda’.  Amother very good record.

Then a live double album came out ‘Just An American Boy’ with quite a lot of spoken commentary between the songs explaining Steve; political situation.  A good album overall.

The Revolution Starts Here came out in 2004.  Another pretty political recod – ‘Rich Man’s War’ and ‘Condo’ and ‘F the CC’ are all good – but Steve wasn’t really progressing by this time.  He seemed content to simply bring out another record every two or three years.  Mind you, this is pretty well the state of Music for the last 20 years; nobody, it appears, is changing anything they do, just playing to maybe an ever-diminishing gallery.  Oh Well

Washington Square Serenade followed two years later.  Quite a nice record; the usual stuff really; pleasant country rock songs immaculately constructed and played, and Steve’s voice complimented on most songs by girl harmonies.  Best songs ‘City of Immigrants’ and ‘Steve’s Hammer’.  I feel that Steve was inching towards a more mature essence with this record.

And I feel he has found it with I’ll never Get Out Of Here Alive, his album from 2008.  Here the songs seem to have moved away from country music to a more folk and blues style; slower songs, less rowdy choruses and overall a gentler sound.  I quite like it, but I am not sure where he is going next…. Anyway, either I got a bit tired of Steve or there was just too much other music to buy, but I sort of slowed down and have stopped buying his records – though I will again one day. Overall a wonderful songwriter, a socialist and a great artist – just one of so many. 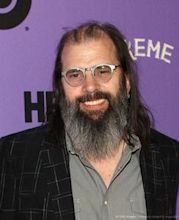