Well it was 1974, and Dylan hadn’t had a critically well-received album for 9 years – though I loved almost everything he did in the late 60’s.  Where had Dylan gone, where was that surreal poet, that voice of a generation?  Trying to be normal maybe.  Whatever – his marriage to Sara was breaking up and he wrote a batch of songs where he bared his heart, slightly disguised of course.  These are among the best songs he ever wrote, and he recorded them very simply, mostly acoustic guitar, drums and base in the backgaound – and his signature harmonica.  But it is the voice that makes Blood On The Tracks such a superb record.  It is gentle and sad and occasionally raging and yet so expressive – and still that familiar nasal twang which irritated some and thrilled the rest of us.  This really is a wonderful record.  I can’t stop listening to it – as soon as it is finished, I put it back on.  Best songs – all of them really.  We start with ‘Tangled Up In Blue’ followed by ‘A Simple Twist Of Fate’ with his emphasis on the word in the line before rhyming with Fate – simply beautiful.  ‘You’re A Big Girl Now’ tells of a lost love. ‘Idiot Wind’ is a raging angry yet sorry song – one of his best. ‘You’re Gonna make me Lonesome When you Go’ is more cheerful and yet… ‘Meet me In The Morning’ is the only slightly under-par song – but then it is followed by the saga/weird and funny tale of ‘Lily, Rosemary and the Jack of Hearts’; ‘if You See Her Say Hello’ – the saddest of farewells, and then the monumental ‘Shelter From the Storm’ and ends with the wry reflection on life ‘Buckets Of Rain’.  If anyone out there doubts Dylan – just go on youtube and play Blood On The Tracks.

He followed this with another classic – Desire – the following year.  This was more Spanish in flavor and featured electric violin played by Scarlet Riviera, who he apparently stopped as he was passing in New York; she was carrying a violin case, and he asked her to play on his next album.  Well, she certainly leant a nice flavor to this batch of songs, many co-written with Jacques Levy, who persuaded Dylan to overcome writer’s block by telling stories in his songs.  The best of these is ‘Isis’ – a fantastic tale of tomb-robbing and love and death.  Also a sort-of protest song ‘Hurricane’ about a wrongly jailed black boxer – brilliant lyrics and a great tune. The album also featured ‘One More Cup Of Coffee[ and ‘Oh Sister’, a long track about a gangster ‘Joey’ and a love-letter to recently departed ‘Sara.’  All in all, a wonderful record.  As soon as it was finished in late ’75 Bob convened a group of friends and musicians and begun the Rolling thunder Tour, which was part travelling circus, part concert, part film Dylan was making and a great triumph.  Later in ’76 as the tour ended he released another live album Hard Rain from the tour.  This was superseded years later by one of The Bootleg Series (see much later) and a 14 disc Rolling Thunder Revue set I have just ordered – too much money, too little sense – but hey.  Re-listening though, Hard Rain is still incredible -such different and alive performances – and Dylan seems for the first time in years to be actually enjoying himself.

In 1978 came Street Legal, which critics disliked but I really loved, I saw him at Hammersmith Odeon just after this came out and loved the show.  Dylan was however moving much more into mainstream rock, with girlie choruses and horn sections.  Still this record has some very good songs on it.   The opening number ‘Changing Of The Guard’ is probably my fave, but I also like ‘Baby Please Stop Crying’ and ‘Is Your Love In Vain’.  It is still quite an underrated record – especially considering some of the mid-eighties stuff he recorded.

A live double recorded just before the release of Street Legal came out later in ’78.  At Budokan.  Bob had a world tour in early ’78; this concert was in Japan.  Wow, what a revelation. Bob had started to re-imagine his early songs for a Big Band sound; no longer the harsh aggressive rock and roll of ’66, but a gentler more rounded complete sound.  I love this album, great new arrangements of songs like Tambourine Man.  Just a joy – and if you need any live Dylan album this is the one to get.  But as usual with Dylan – he was always searching.  And in 1979 he found what he thought he was looking for.  George Harrison found Eastern Mysticism but Bob found Jesus.  Born a Jew, he became a Christian – and being Bob, he didn’t do it half-heartedly.  He wrote songs and sung about it. The next few years were the Christian years. 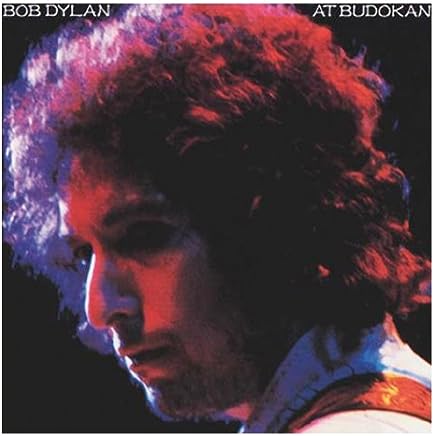