It was 1965, everything was changing, everything was moving on; the Beatles had broken in America and electric guitars were the new thing.  Dylan decided to go electric.  But he also wanted drums and bass and a full band sound.  But more important than that his sings were evolving too.  No more ‘protest songs’; his words were now more poetic, more mysterious, possibly more drug-addled – but certainly more beautiful.  His second album of this momentous year was Bringing It All Back Home; and it was obvious from the first notes that Dylan was now at the forefront of the new sounds.  ‘Subterranean Homesick Blues’ was a total change, almost rap (forty years before rap too) the words tumbling over each other to a brilliant rhythm.  This was a new Dylan alright – and the film he made was great too, with him simply turning over large cards with the words on.  This is followed by ‘She Belongs To me’ another great love song.  ‘Maggies Farm’ follows, a perennial favourite, though not on my top list.  Then comes what I think is his finest love-song ‘Love Minus Zero/No Limit’ with its hypnotic tune and obscure and yet apposite lyrics; I have always loved this song.  The album also includes ‘Mr. Tambourine Man’ which became a huge hit for The Byrds (see B), and ‘Gates of Eden’ but incredibly too ‘It’s all Over Now, Baby Blue’.  An absolute triumph of an album.  And at least half the songs had electric guitars and drums.  He was now being booed by many of the old ‘folkies’ who clung to the one man and his guitar format, but he was also winning new admirers for his new sound.   Listening now it is amazing how modern the sound is – and how much fun they seemed to be having.  Dylan’s method was to try to get the band rolling and all play together and by two or three run-throughs they would nail the song.    Highway 61 Revisited followed in early ’66.  And another great album, almost all electric now.  Opening with one of his best songs ‘Like A Rolling Stone’ with its bitter kiss-off lyrics and great chorus. The album is crammed with classic songs – ‘Tombstone Blues’ ‘Just like tom thumb Blues’ and of course the eleven minute long spectacle that is Desolation Row; brilliant evocative lyrics which nobody understood but which just seemed perfect for the times.  Bob was completely rock’n’roll now, leaving his old ‘folk’ music way behind.  But he still had time for a slow songs or two – though no real love songs this time.  By now he was a real superstar, everyone copying him and recording his songs; I think he even influenced the Beatles to write differently.  No longer ‘She Loves You’ but more obscure, less obvious words which we would all pore over.  Suddenly the words were important – and that was down almost totally to Dylan.

Dylan then toured this new sound with The Band, who did not appear on the album.  He was cheered and booed in equal measure but persisted with this new sound.   But all the time he was writing and then he had far too many songs for his new album, so he made it a double, which was one of the first.  And what an album.  Opening with the riotous almost drunken chorus of ‘Rainy Day Women’ (Everyone must get stoned), and the hypnotic ‘Visions of Johanna’ with my favourite line of his “the ghost of electricity howls from the bones in her face” – this song seems to go on forever but is only 7 minutes long.  ‘One of Must Know ‘ and the joyous ‘I Want You’ are followed by my favourite at the time ‘Stuck inside of Mobile With the Memphis Blues Again’.  ‘’Just Like A Woman’ with its cruel but sensitive lyric and the side long ‘Sad-eyed Lady of the Lowlands’.  I can hardly stop playing this record – as soon as it is finished I just want to hear it again.  Dylan said later that he had discovered that liquid mercury sound on this album – and it was incredible.  And this was 1966, the year before psychadelia and Sgt. Pepper.  For me, this album has endured far longer than anything from the year following.  But….at the height of his fame Dylan turned his back on the World.  Was it a motorbike accident, a crisis of confidence or just him being contrary…who knows but the next four years were interesting to say the least. 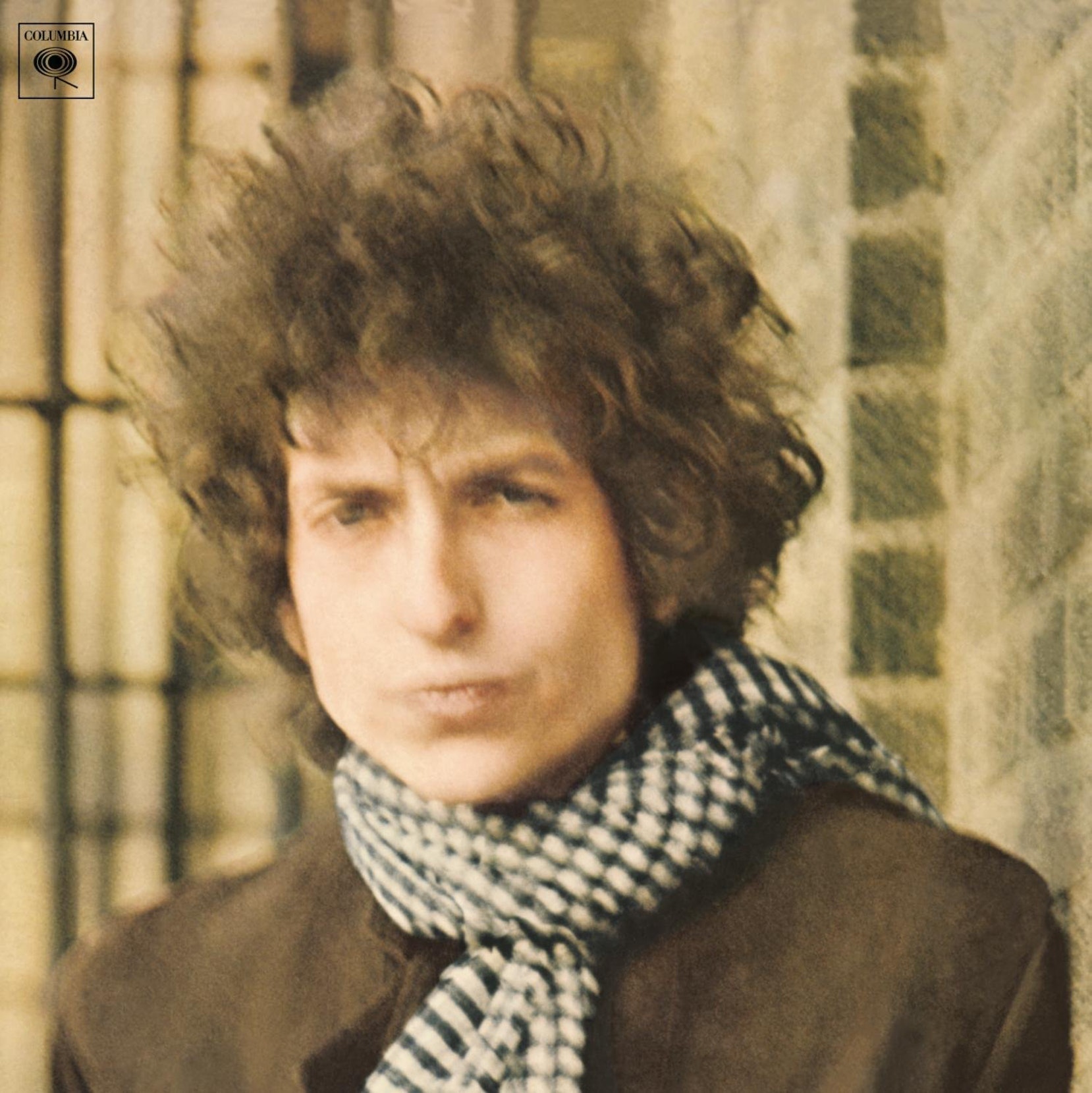