Mary Black – a strange choice maybe, but for some reason her name stuck in my brain, and flicking through CDs in a charity shop this record took my eye.  Essentials is a compilation, and not at all bad.  Mary is Irish and sings, as a lot of her compatriots do, a sort of Irish/folk/country – lovely melodies and arrangement – and I am always a sucker for country ballads.   Not a bad listen but I wont rush to buy any others of hers.

The Blessing – Wow, just the one record – and it is brilliant.  Bought on the strength of brilliant single ‘Highway 5’ in 1992.   I was delighted by this, their debut record.  The voice of William Topley (see T) lead singer is incredible – a deep Southern (though he was English) drawl and a great bluesy band sound.  Best songs are the single and ‘Delta Rain’, ‘Back from Managua’ and the title track.  They had a follow up album which I am still hunting down, but it is incredibly expensive – a collector’s item around £150.00  !!!!  Still I am always on the look-out.’  And they broke up after just two records…a shame.

Colin Blunstone – I first saw Colin at the Roundhouse with my first wife Joy.  We used to go most Sundays and though I didn’t recognise the name I knew him as soon as he came on stage.  He used to be the lead singer in the Zombies (see Z).  I remember their very first single and huge hit ‘She’s Not There’; most of their other singles barely charted.  They broke up in 1969 and this was 1972.  And he was fabulous; he sang most of the songs with a string quartet and drum and guitar peeking through.  But, it was that voice which captured me; high and clear and very distinct, but more than that Colin is a great interpreter of songs – he seems to get all the emotion into his voice.  And in my experience it is emotion which we are buying when we love an Artist.  His first album was just out One Year; apparently written and recorded over the previous year.  It is simply sublime, and at 35 minutes you just want to hear the 10 songs again.  The songs are gentle and mostly a bit sad and have great arrangements.  Favourites – well, the single ‘Say you don’t mind’ of course, and ‘Misty Roses’ and ‘Caroline Goodbye’ – but not a bad song on it.  It is one of those rare records which appear almost frozen in amber, they so precisely conjure up that special year (maybe the best for music ever).  Well the album sold well, as did the single (got to 15).  I suppose the temptation was to repeat the formula, but for his next album ‘Ennismore’ Colin reverted back to a more conventional style..  But he was really on a roll and this is my very favourite of his albums. This record just takes my breath away; backed by most of Argent (with 3 former Zombies in the band) it is just perfect.  The band never get in the way of his voice but compliment it beautifully.  There are a couple of string quartet songs too.  Colin’s voice has never sounded better, gentle and whispery and unhurried.  They say it is harder to sing very slowly than faster, and Colin seems to have mastered this art.  Best songs are the single ‘I Don’t Believe In Miracles’, Andorra, Every Sound I heard’ and ‘How Could We Dare To Be Wrong’ 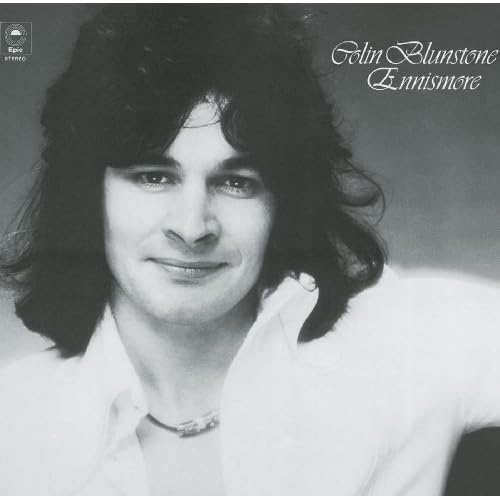