I first heard Phillip in about ’73.  He had a single “You Are” which was just in the charts and he was on Top of the Pops.  He had quite long hair and a beard and was dressed in yellow satin shirt and red trousers.  He had actually been around for a few years but I hadn’t heard of him.  He started off as a rock’n’roller with his band “The Stormville Shakers” who troubled the charts not at all.  He then went solo and had three excellent albums of gentle thoughtful songs out, which again made very little sales at all.  He was then ‘discovered’ by Elton John’s record company Rocket records, and they tried to make him a “Pop-Star” almost after the fashion of Elton himself.  Phillip played piano and wrote all his own songs too, but was actually as different from Elton as you could get.  Not at all flamboyant, never the extrovert, his voice however is quite distinctive, gentle, deep and almost hoarse, more like a whisper but very beautiful too.

Well the attempt failed and he has remained in relative obscurity ever since, releasing the occasional album here and there.  I worked backwards and have sought out his records, now very expensive and only available as Japanese imports, he is another ‘collectors’ item. I responded to an e-mail address in one of these Japanese re-issues of an early record and we sometimes chat on-line.  I sent him a copy of Catherines Story, which he said he enjoyed and read when on tour.  He now sells his own records on the internet and seems to get by, ignoring the big record companies he must be seventy now and is a survivor, he even survived the attempt to make him a pop-star. 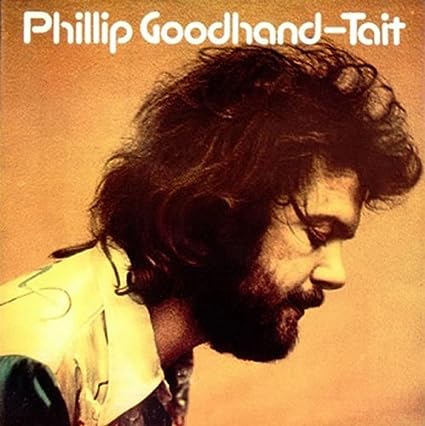