Or the one after that maybe.  What has happened to the Tory party, that they can even contemplate making Boris Johnson Prime Minister?  To half the country he is a clown, to the other a scoundrel.  Time was when the Conservatives lived up to their name – they conserved things, they accepted progress in Society and simply held the line against further advances.  Not that I could ever support them, but you felt you could (more or less) live with them being in power now and then.  However, since the Thatcher revolution they are now the destroyers extraordinaire; not content with selling off loads of Public Services, with mostly disastrous consequences, and pushing swathes of decent cheap council housing into the expensive rented sector, they want to destroy the NHS and public education too.  And now a fervour has overtaken them, egged on by a rabid press and billionaires seeking tax avoidance – they are desperate to leave Europe.  No matter what the consequences it seems.  Where once a slow dis-entanglement but still retaining good trade with the EU was planned, now only a complete break will suffice.  The harder the Brexit the happier they seem.

And appeasement has no chance.  The half-reasonable appeals by Hunt and Gove are falling on deaf ears and the pathetic bleats of Javid are simply noises off-stage.  Only Rory speaks with any sense.  He is campaigning just as hard for common-sense and realism – and is pulling no punches either.  He knows, as in their hearts the others must do, that Brexit will be a disaster.  But they are all terrified of Farage and are competing to out-Brexit the arch Brexiteer.  Good Luck with that.

But let us also be realistic.  At the moment Rory stands no chance of winning, and is unlikely to be in the final two, though he may well survive the vote on Tuesday where Raab and Javid will stumble.

One can only hope that at some point common-sense will breakout – but don’t hold your breath.  Maybe after the disaster that Boris will bring on us and losing an election, they will choose him – but we may have to wait a bit longer for that.  The Brexiteers will never admit they were wrong – it will all be someone else’s fault; if only we had been tougher with Europe; if only we had refused to negotiate anything; if only we had listened to them..,(oh, we did, didn’t we) 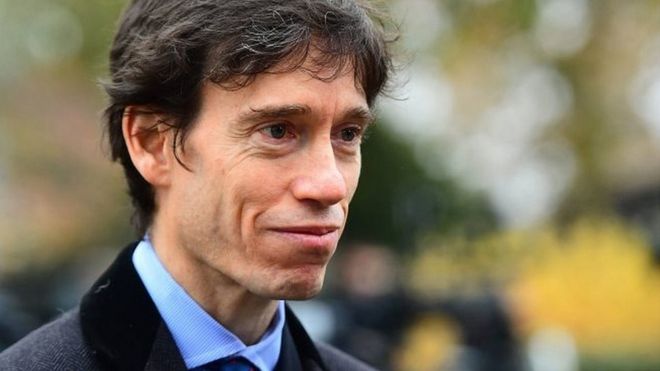