So, Elton was on top of the World – and yet, he had stumbled with Rock of The Westies, he had dismissed two of his faithful sidesmen, and he was consuming industrial quantities of Cocaine.  Bernie and he were still writing however and Elton was planning a new double album.  Trouble was, there was no-one telling him to slow down.  Blue Moves came out in 1977, the first album on Elton’s own record label Rocket records.  A strange title and a strange cover, which should have been a warning.  It is a very downbeat and sad old record.  One or two good songs ‘Tonight’ and ‘Sorry seems To Be The Hardest Word’ but many of the songs seem scrappy and frankly boring.  A few are credited to Elton and other members of the band, so were almost certainly worked up in the studio.  Lyrically not exciting either.  Maybe it would have been possible to have recued a half-decent single album out of it.  So, now we had 2 duds in a row. Not that it seemed to have affected sales or Eltonmania.

Then for almost 2 years we had nothing,   Then a new record emerged late in 1978 A Single Man.  The title said it all; this was the first album not to include any lyrics by Bernie Taupin; words were supplied by Gary Osborne instead.   Whether this was Elton saying he could make it without Bernie or a serious split we don’t know; I suspect it was about (as usual) musical differences.  But surprisingly it is really a good album.  Not among his very best but certainly a return to some sort of form.   My favourites are; Georgia’, ‘Part-Time Love’ and ‘Big Dipper’ where he seemed to move into new musical territory – and of course the wonderful final instrumental ‘Song For Guy’.  Maybe the break from Bernie had given him more room to experiment.  Quite soon he would hook up again with Taupin but for a few years he tried out other lyricists.  For a while I had hoped that he had got the whole Philly Souls stuff out of his system, but I was wrong.  He still saw himself as a soul-singer and in 1979 he released an EP of songs with Thom Bell, a hip American producer, called The Thom Bell Sessions.  These songs were recorded in 1977 without his regular band or producer, rather, Elton used a successful Philly producer who wrote the songs too.  There were originally 3 tracks released in ’79 and a decade later the whole 6 from the sessions.  They are okay but I don’t really consider them as part of the Elton collection.  Elton’s singing seems a bit flat and the songs aren’t great either.  Well, an even stranger album arrived in 1979 – Victim of Love.  This is a very short (36 minutes) disco album of songs mostly written by producer Pete Belotte.  Elton doesn’t even play piano and used all session players.  I feel that this was another experiment, trying to find a new identity perhaps.  Saying that I really quite like the album – it rolls along almost as one long track.  It was almost his poorest seller too, and he has never played any of the songs live.  Best track is the Chuck Berry opener ‘Johnny B. Goode.’

So after a string of less successful albums where did this leave Elton?  It was the beginning of the Eighties and he still had a huge fan base just dying for him to release something like his old records again.   His next record was 21 at 33 (technically if you include compilations and doubles and live albums his 21st release at age 33).  He seemed to have a scattergun approach, different lyricists, different styles, new producers – there is no cohesion to the album.  Saying that there are quite a few half-decent songs on it; the single ‘Little Jeannie’ and ‘Never Going To Fall In Love Again’ (words by Tom Robinson) and ‘Two Rooms’.  But this was Elton John, and we wanted more than a few half-decent songs, we wanted to be blown away like we were in the Seventies.  But this was the Eighties and we were just going to have to get used to it.  Next up was The Fox (1981) which I actually loved.  It seemed, and still does, different.  It had a warmer more coherent feel to it.  It had a handful of classical instrumentals too; ‘Carla Etude/Fanfare’ and the lovely ballad ‘Chloe’.  Some of the songs are a bit weak but overall it seems a better album.  It is really saved from obscurity by the final and title track – ‘The Fox’, which is one of my very favourite Elton compositions.  Jump Up (1982) was another strange one.  Elton in a very sharp suit looked as if he was desperately trying to catch up.  Not such a bad record however – some good songs – ‘Empty Garden’ (about John Lennon), and ‘Blue Eyes’ but again it seems to lack any real conviction.   Elton seemed a bit adrift, directionless, out of touch and although no-one doubted his ability he was having difficulty reclaiming the relevance he once had.  Maybe all that touring and all those drugs were taking their toll. 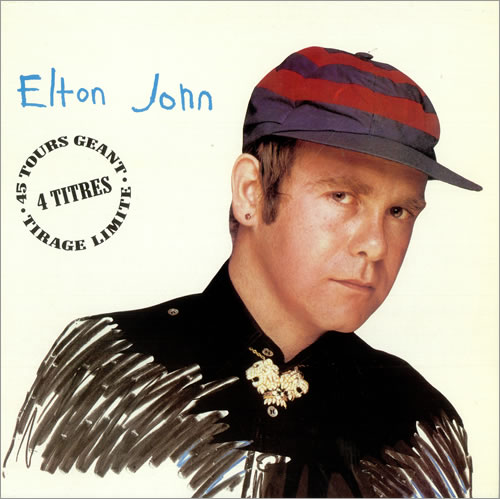