Donovan – well, what can we say?  A peculiarly English ‘pop-star’; the English Bob Dylan….hahaha.  But actually in the 60’s we all loved him.  He wrote some great songs, and on the strength of that I picked up a compilation called Greatest Hits, a misnomer if ever there was one; only ‘Sunshine Superman’ and ‘Season of the Witch’ are in any way ‘Hits’.  But I always liked him, and had a vinyl copy of ‘Cosmic Wheels’ which is brilliant – but is now a rarity on CD – still I might just buy it anyway.  (I just have….hahaha)

Doobie Brothers – well, less said the better. Destined for the charity shop I am afraid.

Thomas Dolby – Now, here is a very interesting one.  Part mad professor, part brilliant musician, part serious producer.  A genius at the then (late 80’s) new technology of Synths and Sampling he released a few innovative ‘Hits’   -‘She Blinded Me With Science’ and ‘Hyperactive’.  In many ways he kick-started a new wave of techno and dance music.  But he has always been a reclusive artist; in fact after a handful of successful albums he concentrated on developing technology and became a University bound consultant.  He returned late in the 2000’s to music.  He also wrote a couple of film scores – so, quite a polymath.  Incidentally he helped produce Dog Eat Dog by Joni (the tracks he was involved with I really like).  Anyway I only had 2 CDs (just ordered a boxset of his) – The Flat Earth, which was I think his third album.  It is simply brilliant, of course -almost every track worth re-listening to.  Lots going on in the background but the melodies are lovely.  He sings very well too.  Hard to pick a favourite song but ‘Dissidents’ and ‘I Scare myself’ do stand out.  The only other of his I have is the incredible Astronauts and Heretics album.  Such a lovely record; full of life and great enthusiasm – best songs ‘Silk Pyjamas’ and ‘Close But No Cigar’ both of which I first got as CD singles.  For a while this album was never off my turntable…but I had almost forgotten Thomas; he went off and worked on sound technology for a while and became a hit producer for other artists.   And made no records for many years.  Have no fear though, I just ordered a box-set of first five albums for £10…. 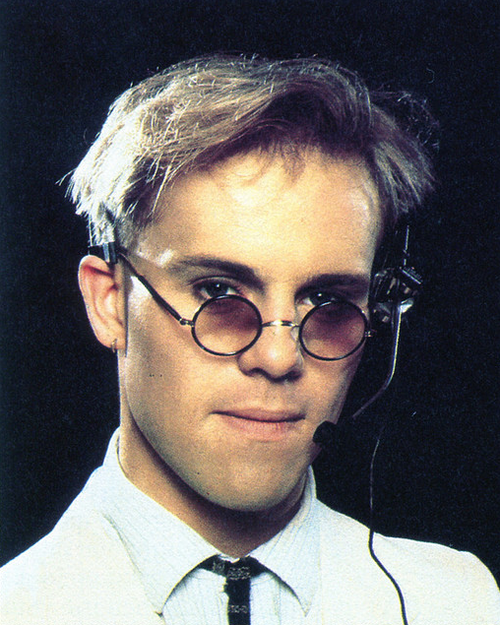