David Crosby, founder member of the Byrds, and Stephen Stills – ex Buffalo Springfield met Graham Nash at Joni’s.  Apparently they jammed all night and became friends and Graham decided to move to L.A. and they formed the band.   They released their first self-titled album in 1969 and played Woodstock – and they were instantly famous.  Their first album is very gentle and lyrical with some great songs – ‘Suite Judy Blue Eyes’, ‘Marrakesh Express’ and ‘Wooden Ships’ and my favourite ‘Long Time Gone’.  The harmonies are beautiful and seem so effortless and free – as if the three of them had just sat down in your front room and started to play and sing.  Lovely.

Then Stills persuaded the other two to let Neil Young join them.  Initially this made them even more successful, as he was a brilliant singer and song-writer.   But….he was the grit in the oyster, the awkward one who thought (quite rightly) that he was bigger than the band,  But to begin with it was a great success, and the resulting album Déjà Vu (1970) was even bigger than its predecessor.  And a great album it was.  David’s ‘Almost Cut My Hair’ – a spaced out masterpiece.  Graham Nash contributed ‘Teach Your Children’ and ‘Our House’ Stephen Stills a couple less memorable and Neil the brilliant ‘Helpless’.  And they were on top of the world, anything was possible.  But this group was never an easy alliance and solo projects started to take over.  The band toured extensively in 1970 – and a live album, 4 Way Street, ensued, but it was already clear that the band was in danger of disintegrating, almost half the songs featured are from solo albums – although brilliantly sung here.  Anyway, as a record of how great they could be  it is brilliant.      Almost better is a recent concert release, by Crosby Nash and Young this time, from 1974; this is almost acoustic and very nicely sung; no new songs though.

The only other CSNY album I have is Looking Forward (1999) which so far has also been their last record together.  It got slated by the music press but I really like it actually.  There is an optimism about the record, it is mostly gentle and lyrical and has some of their best songs on it – ‘Out of Control’ ‘Slowpoke’ (both from Neil) and ‘Someday Soon’ Graham – but my favourite is the closer ‘Sanibel’.  A nice record.

Well, this Century has seen the band split and spray venom over each other, almost every member saying they will never record again with the others (so expect a re-union and money making tour soon….hahaha).  I also have a very good retrospective double album Carry On.  which has all theri best stuff on it.

A strange band really, one never felt they were totally together – but together they did create some beautiful music. 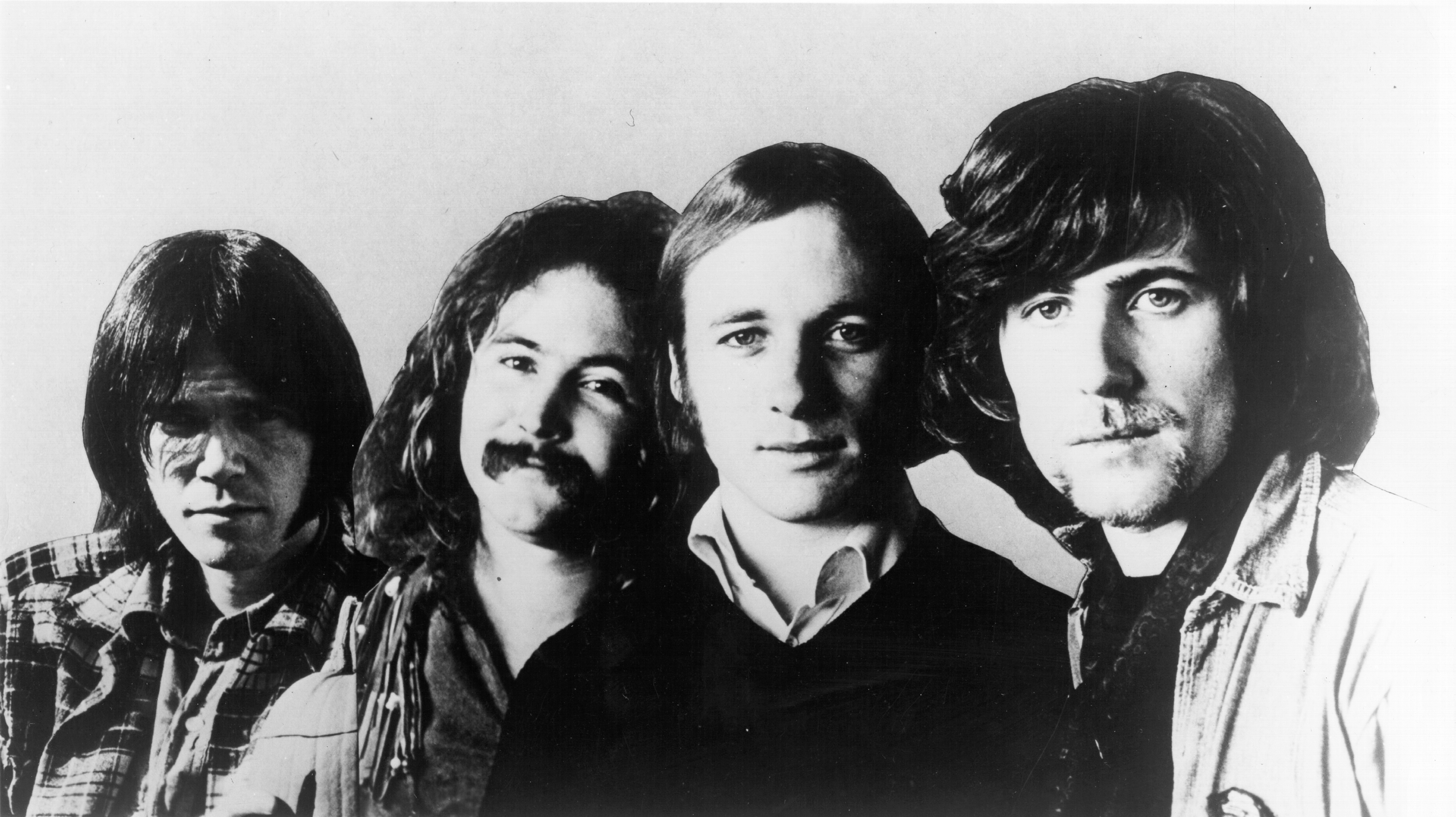