Joan Armatrading 7  Next up was What’s Inside, and apart from Everyday Boy and Merchant of Love, a less successful record; the songs seem to have less memorable melodies and don’t really stick in the brain.  She was taking three or four years between records now and touring far less.  It must be incredibly difficult to keep enthusiastically writing new songs when this is your fourteenth album.

Then there was an eight year gap….whenever this happens to an Artist we begin to wonder if they have stopped altogether.  But Joan was just resting up; years of being on the road, writing and recording and just all that singing takes its toll.  In 2003 she released Lover’s Speak, a quieter record, this one.  Best songs ‘What’s Inside’ and ‘Tender Trap.’  I get the feeling that Joan is now making music just for herself, no longer either for the record company, or the fans – who mostly, just want the old hits, or songs very similar to them.  But let’s give her a break, she has been making records for over thirty years, she no longer needs to prove anything, whatever she does will not be considered as good as her early records – or sell as well.  Why not make the music she wants?

And just when you thought someone was almost past their peak, and weren’t really expecting anything remarkable – Joan surprised us all.  In 2007 she released her 16th album Into the Blues – and, it is brilliant.  A serious blues collection, with Joan playing everything except drums and singing as well as ever.  But it is the quality of those songs that is so good. Almost every song is good, and many are among her best.  The whole record just rolls along – and it is the longest of her career so far.  She wraps it up with ‘Something’s Gotta Blow’; at 8 minutes it is her longest ever track too.  Here she duets with herself, but in a sort of delayed double tracking, so two Joans for the price of one.  The song builds and crashes and starts again.  It is totally different from anything she has ever written before.  Just brilliant. Three years later came another album This Charming Life, which was very rock-based. I am not so fond of this record, it seems a bit formless, mind you – one poor album in almost twenty isn’t bad going.   She released a Jazz-influenced record Starlight in 2012, which I haven’t got yet….

And a new album will come out next month….

So, a few weeks immersed in Joan…sad to part with her, but there are many more wonderful artists in the canon.  But oh Joan, what a sensual singer, I can only imagine what a wonderful lover you must be….xxx 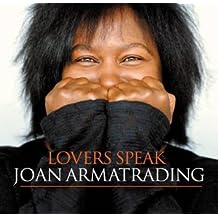