The Enid – Well, another strange one.  The Enid are a classically trained prog-rock group from the mid Seventies who successfully, but short-lived, achieved a small following by marrying Classical and Rock quite successfully.  However rather than incorporating classical into rock they seemed to play and compose classical music using some rock guitars and drums.   Led by pianist Robert Godfrey who had been associated with Barclay James Harvest (see B) they had a minor hit with Aerie Fairy Nonsense (1977) – a rather delightful light classical album with just a touch of pomp.  It is really all one piece, to my ears at least.  An oddity I must admit.  In 1979 they released what was their best seller, Touch Me.  I am not so fond of this as its predecessor, it isn’t so quaint – and frankly a bit boring.  It is slightly ruined too by a rendition of ‘Land Of Hope and Glory’; however ‘Albion Fair’ is nice and ‘The Skye Boat Song’ a good ending.  They went on and on and released many albums, none of which I have been tempted to buy.  Maybe I just miss the singing (of which there is none) or just find it too repetitious.

John Entwistle – again a one -off.  Of course, he was the bass player, and occasional songwriter for The Who (see W) – and who can argue with such credentials.  One album only Boris The Spider (Live).  The Who had a few periods of inactivity or semi-retirement and John toured with his own band The Ox.  The actual album isn’t that good really – but still.

ENZSO – (1996) is another rarity.  Eddie Rayner, keyboard player with Split Enz (see S) formed ENZSO, to play Split Enz songs with the New Zealand Symphony Orchestra and a variety of singers.  I had always loved the ENZ ever since seeing them at The Roundhouse in the mid-Seventies, and the had followed the careers of the Finn brothers after the band broke up (see F) and of course loved Crowded House (see C) so I bought the album.  Wow.  The familiarity of the Split Enz songs along with the grandiose classical flourishes are a great combination.  A superb album with some great performances from the Finn boys and others.  Researching this I have just found a second album which I will now scurry to buy. 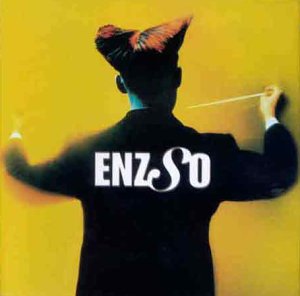